It is New River Gorge-ous RIGHT NOW. Come Adventure With Us 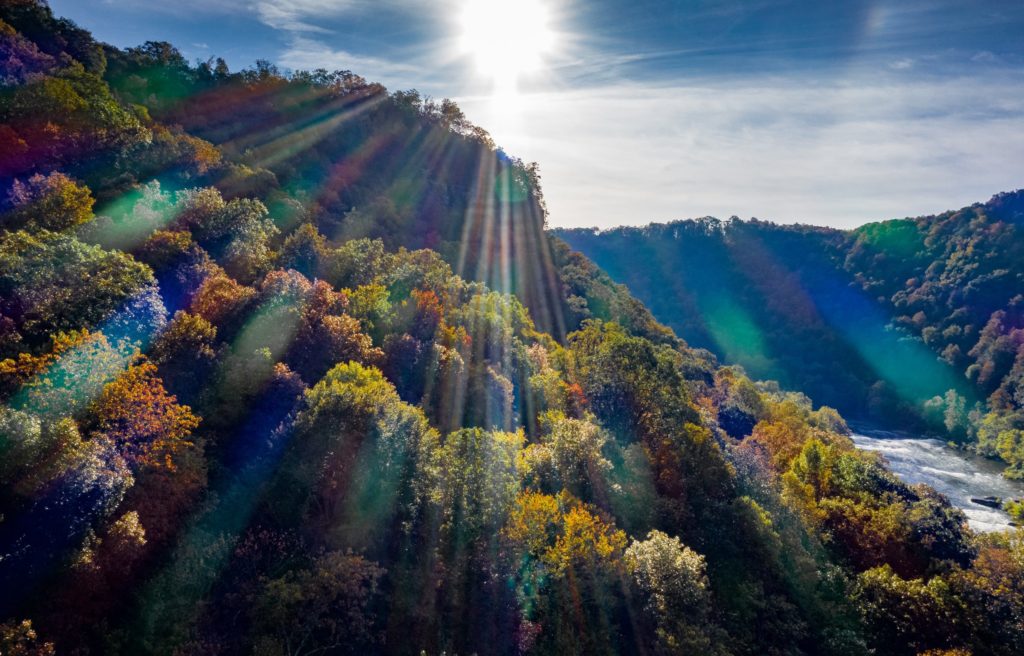 As the glorious fall colors are beginning to paint the mountain sides and most people are curling up with pumpkin spice lattes, you may be surprised to learn that here on the New River Gorge rafting season isn’t over yet.

So, whether you are a hard-core whitewater rafter who wants to squeeze in one more trip before winter or a first-time rafter who didn’t have a chance to make time for a rafting trip throughout the crazy summer, you’re in luck. The river, the guides, and an epic whitewater adventure are waiting for you—until October 31.

While we will be rafting the New River until October 31, you only have 1 more weekend to take in the Gauley Canyon in all her fall glory then she will return to slumber for 10 months. Book your Upper Gauley or Lower Gauley trip now before it is too late.

The New River has one of the longest and most dynamic rafting seasons across the United States. Rafting trips open up to clients at the end of March and the flow of enthusiastic boaters doesn’t stop until it is cut off at the end of October. This means, eight months out of the year, we are rafting through the New River Gorge—and you can join us.

What makes the New River different?

The length of rafting seasons are generally based on the availability of water. Many western states, such as Colorado and California, typically rely on snowmelt to feed their rivers. Alternatively, many rivers across the US—including our own beloved Gauley River—are damn controlled, meaning you get predictable water releases for a set amount of time. These seasons are often short (the Gauley release agreement only guarantees 22 days of raftable water levels a year) and generally provide the same level of water every release day.

The New River doesn’t fit any of these bills.

At high water, the New is filled with massive waves and wild rapids from start to finish. As water levels drop, the Gorge reveals technically challenging, rocky rapids that require precise maneuvering and seamless teamwork. Even rafting enthusiasts who have paddled the New for years and visited every season never know what to expect—and our end of season rafting trips are among the most unpredictable.

A long summer can leave the river low and technical. Early winter rains can increase the water levels to create a tumultuous raging river. Or, you may discover something in-between.

Either way, an October trip means getting to see the gorge lined with vibrant hues of West Virginia’s fall colors and the chance to put the paddle to water one more time before winter sets in. Not to mention, that pumpkin spice latte will be so much more rewarding after a day on the water.