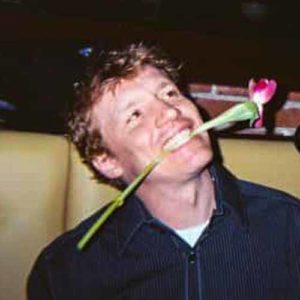 After several years working in the commercial lending industry in Ann Arbor, Mich., Chris Hayes, discovered rock climbing during a 1997 trip to raft the Upper Gauley. Climbing quickly became a passion, and he found a way to make a living at it as general manager of a chain of climbing gyms.

The Great Indoors was not enough, however, and Chris pursued climbing opportunities, including many return trips to Southern West Virginia and the New River Gorge. Chris’s travels made him antsy, and he fled the “real world” (his words not ours, as we have a different definition for the term) in 2009 to become a climbing guide at Adventures on the Gorge. He expanded his skills to guide river and ziplining tours before making the leap to River/Activities Operations Manager.

Chris laughs when you ask him about skills he’s developed since arriving at AOTG. “Dealing with vehicles and trailers. When I was wearing a suit and tie and working in a bank, if you had told me I’d one day be excellent at backing up a trailer to right where I need it, I’d have thought you were crazy.”

A native of Swanton, Ohio, Chris earned a B.S. in Business Administration while majoring in Finance at Eastern Michigan University where he ran track and cross country.

His favorite vacation destination? “Almost too many to choose just one but I’ll go with El Potrero, Chico in Hidalgo, Nuevo Leone, Mexico. There are great climbing and great people from all over the world. Also, this is not ‘resort’ Mexico. Hidalgo is a small town in the middle of nowhere, so I was able to see what ‘real’ Mexico is like, going the weekly market, eating authentic food.”

And his dream vacation? “Traveling small villages of Italy and eating amazing food.” It’s probably not a surprise that his favorite hobby is cooking.