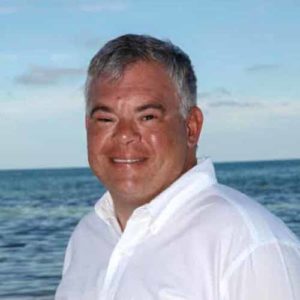 Of all of the jobs Jerry Smith has held during his extensive hospitality career – including general manager posts at a variety of major West Virginia hotels – human resources has consistently been his favorite discipline. “I love helping others grow in their professions,” he said. With its multi-faceted, one-of-a-kind operations, Human Resources Manager at Adventures on the Gorge may just be the perfect job for Jerry, who is approaching his one-year anniversary.

Early in the afternoon during the peak summer season, it has become Jerry’s habit to do a campus walk-about. At that time of day, he’ll find a resort that is buzzing with activity and observe staffers with gratification as they efficiently check in cabin guests, welcome back rafters from their morning whitewater adventures and serve hungry and thirsty guests at the resort’s rim-side restaurants. Interacting with employees and guests is often his favorite part of the day, he said.

Like so many native West Virginians, Jerry feels fortunate to have grown up around the Mountain State’s rivers. On free days he enjoys early-morning fishing trips on the New River or Glade Creek. He often camps in remote regions around the New River Gorge National Park and Preserve with visiting friends and members of his family, including three sons, a goddaughter and grandson.

Although fishing is his favorite river fun, he also enjoys the challenge of rafting, and he recently and proudly paddled the Gauley River during Gauley Season for the first time.Like so many who work in hospitality, Jerry has the heart of a wanderer. While he and his wife Christy enjoy camping and fishing throughout the region, they are planning a “someday” trip to Bora Bora, where they will stay in a hut on the lagoon, drink frothy beverages and take in the South Pacific sunshine.

When at home, they enjoy raising their backyard chickens and finding local hotspots to nurture their self-described “pretentious foodie” habit.