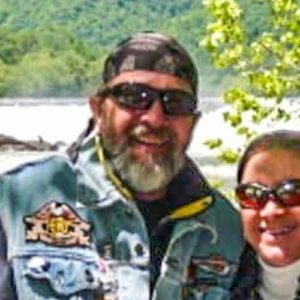 When he’s not overseeing the logistical gymnastics required to get guests safely and smoothly to their rafting, climbing, ziplining and lake adventures, the resort’s Director of Safety, Operations and Transportation likes to ride his motorcycle through the hills and valleys of Southern West Virginia, a place he’s called home for nearly all his life.

Growing up in Southern West Virginia, Len was a member of a small fraternity of river adventurers who first rafted for fun and then learned how to earn a living from it. He co-founded a whitewater rafting company and then became general manager of Songer Whitewater, one of the river companies that merged years ago to form Adventures on the Gorge.

He is quick to tell you that his improvisational skills have added some serious heft over the 11 years he’s been with Adventures on the Gorge. No day is like another, he said, but “you still need to make it happen no matter what the obstacle.”

And he still loves rafting – his favorite rapid on the New River is “Surprise,” a rapid that got its name because the “surprise” depends on the line rafters cut through the water. In some ways, the rapid is a metaphor for his life, as his favorite part of the day is opening the resort’s operations and getting the day going to who-knows-what end.

Still an adventurer at heart and a history buff with some serious chops, Len loves exploring the world. He recalls with enthusiasm a trip to South Africa where he saw the wildlife of Kruger National Park, visited Nelson Mandela’s home and saw his prison cell. While his “someday” trip is to travel through Utah’s Monument Valley, he’s a homebody too, and he tries to be home every evening for sunset to spend each evening with his wife and dogs and if he’s lucky, his kids and grandkids.